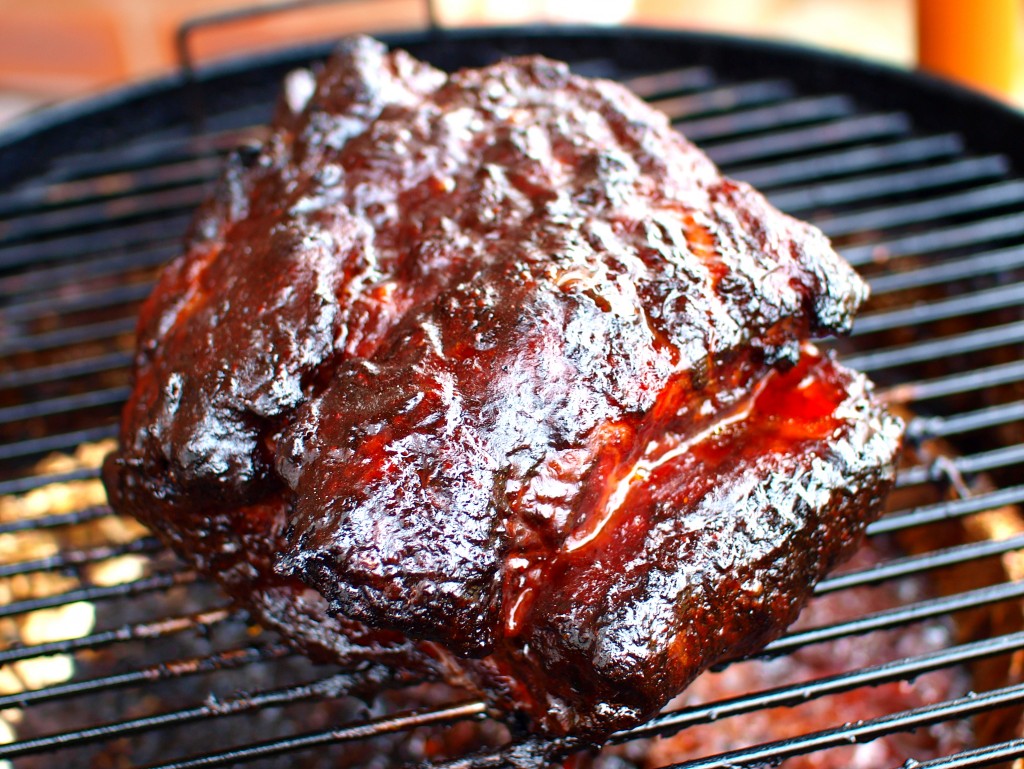 So where do you start with pulled pork? Well with a pork shoulder of course. Now this is where things can get confused and where this guide can help you. Most BBQ blogs about pulled pork will be American and will talk a lot about Boston butts or picnic hams, cryovacing at Trader Joes or the Duroc crosses at Niman Ranch. None of which mean anything to your average UK butcher. They understand what shoulder, neck, hock and hand are. Most BBQ blogs start with a perfectly trimmed Boston butt but this blog will show you how to get to that stage.

In the photo below is a whole shoulder, it’s basically the front part of the pig called the front primal. Most butchers cut this using the first three spare ribs as a guide. This primal has been taken from the right side of the pig and the head, were it still attached, would be on the left of the photo. At the bottom of the primal you can see that the trotter and hock have been removed, equivalent to removing your arm up to the elbow (yes get over it). The other side has been skinned and a thin layer of fat left on: 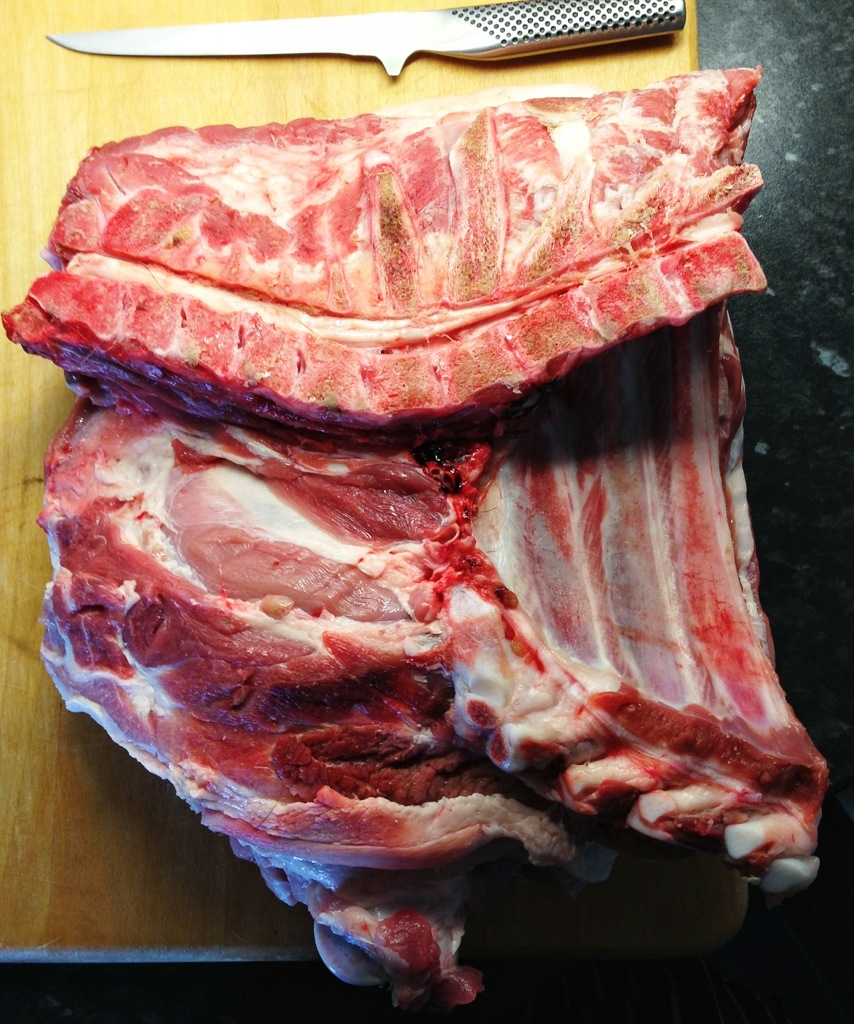 You could BBQ this whole of course but much better to take the neck bone off along with the ribs so the spice rub and smoke will penetrate the flesh. Follow the bone around with a thin boning knife and the whole lot should come away easily in one piece. In this next photo you’ll see that I’ve done this and I’ve also separated the top section to show you what British butchers call the neck. If you are BBQing you should not separate it like this, keep it whole, this is for demonstration only: 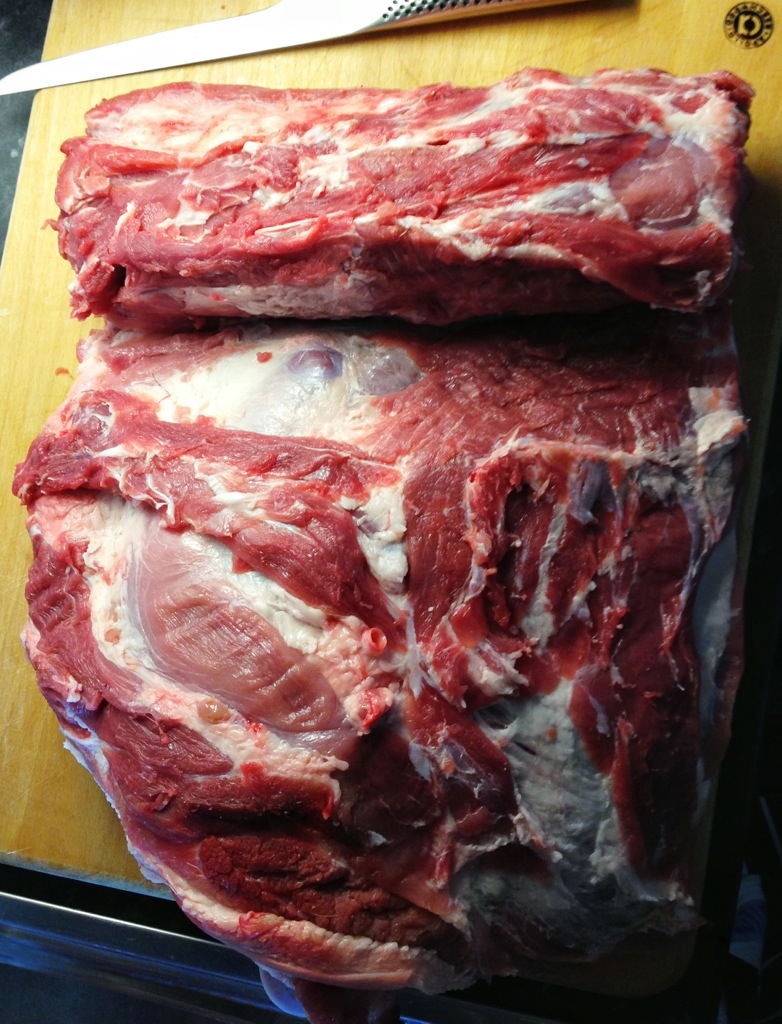 Butchers like to sell you neck, it’s a common cut. When cured like bacon it’s called collar bacon. Cantonese cooks like it because we make Char Siu from it. It’s a perfectly acceptable cut for pulled pork but it’s a bit small and the loin end tends to dry out a little. What’s the loin end? Follow the neck back down the spine and the next section you’ll get to is the loin where you get the standard pork chop. So this end of the neck will tend to dryness because there’s less inter muscular fat and no connective tissue and it’s this stuff that makes pork shoulder so juicy and well suited to low and slow cooking. When a British butcher has separated the neck out the rest is usually called the shoulder, it’s often boned and rolled and sold as a roasting joint. This is fine for pulled pork too. Just get them to skin it for you first.

Below is a close-up of the neck, where I’m pinching is what competition BBQers call the money muscle. We like to separate this slightly and serve it sliced. This muscle stays really juicy and properly cooked melts in the mouth. A good way to demonstrate to BBQ judges that you know what you’re doing: 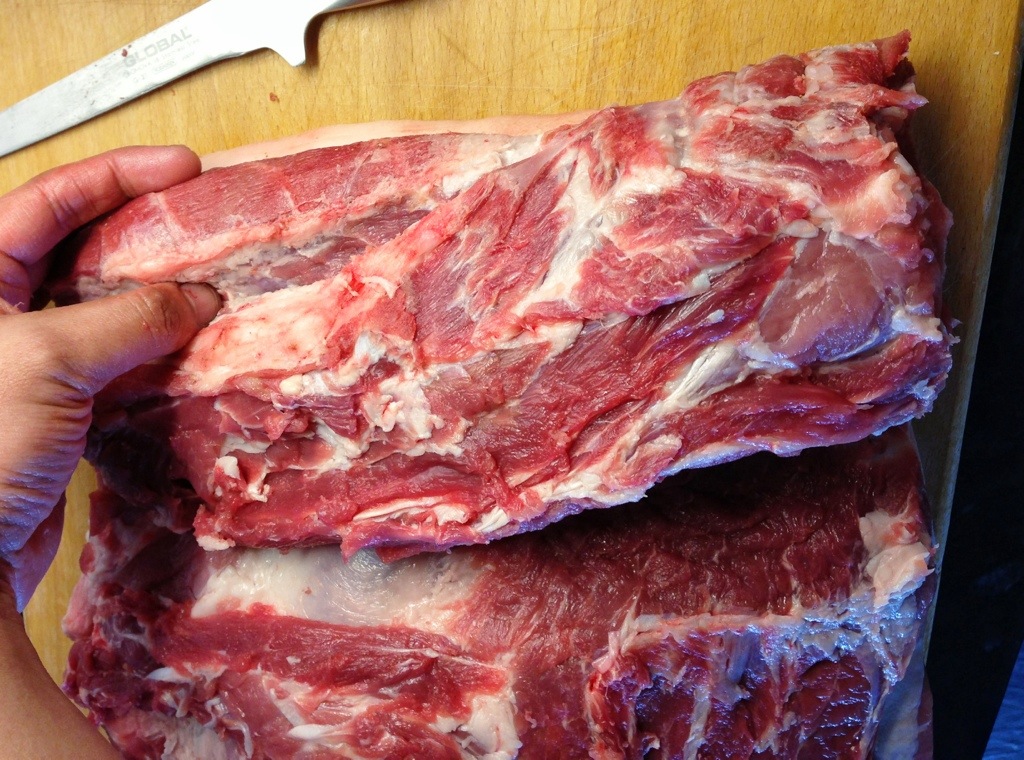 Ok now this first shoulder I’ve been demonstrating on is not ideal for BBQ because I’ve separated the neck too much. Good thing it’s being used for carnitas! So here’s another shoulder, this is what’s known as the Boston butt in the US. This is the basically the upper half of the shoulder primal and twice as big as the neck. To get to this piece I’ve sawn straight across the front primal in half through the base of the shoulder blade. The top of the shoulder blade should still be buried in the Boston butt. You can bone it out but I like to leave it in because when it comes away clean after smoking you know your pork is perfectly cooked. The top of the pig is on the right of this photo, you can see that I’ve separated the money muscle out competition style but you don’t need to do this at home. 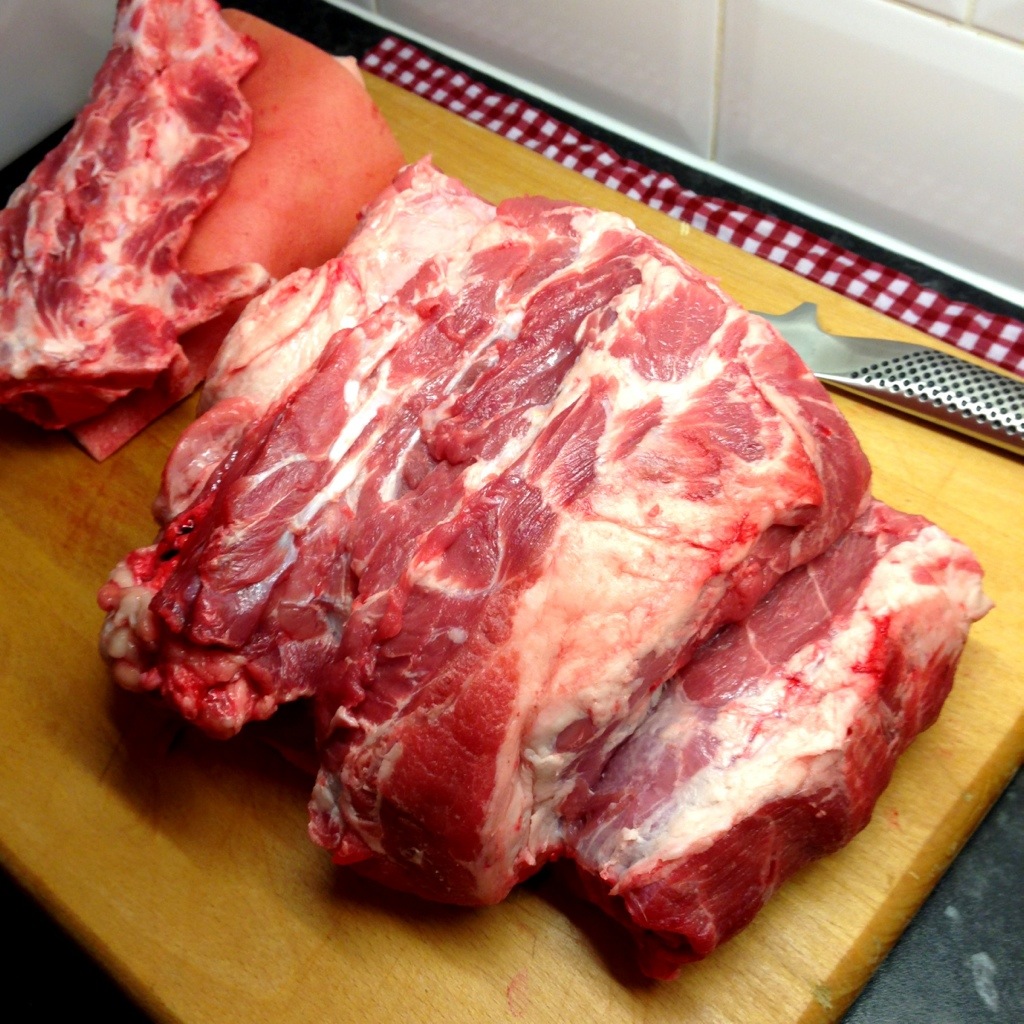 The Boston butt or upper shoulder is the ideal cut for pulled pork as it’s big enough to stand up to a long slow smoke. The ratio of bark to juicy meat will be perfect. So now you know what you need, go forth and ask for it with confidence at your nearest quality butcher!